For many years, it was believed that only children could benefit from the use of fluoride treatments. This is because the tooth strengthening benefits of fluoride were believed to only be effective during the years when the teeth were still developing. Due to this widespread belief, many adults now fail to even consider the possibility that they could benefit from fluoride treatments. However, the truth is, people of all ages can benefit from the use of these dental treatments, especially if they have one of several different risk factors for tooth decay. Read More
Although the actual implant procedure only takes about an hour or two, healing from the surgery will take much longer; anywhere from 6 to 12 weeks or more. Typically, your dentist will recommend that you only eat soft foods for a short period of time and avoid chewing on the affected side of the mouth to allow the implant to settle and attach to the surrounding bone. Here are a few tips to help make following a soft diet easier. Read More
If you're looking to advance your career or land a new job, cosmetic dentistry could be the difference between success and failure. The brightness of your smile may not determine the quality of your work at the office, but it does play a big role in how other people perceive you. If you're struggling to climb the career ladder at work, subtle details about your appearance might be holding you back. Read More
When a child's primary teeth come in, the structure of the teeth mimic adult teeth but on a smaller scale. This means that the tooth emerges connected to a periodontal ligament that runs through the gums to join tooth and jawbone. In rare cases, that ligament can be replaced by solid bone that prevents the tooth from growing any further. This is called dental ankylosis, and it's a problem that needs to be watched for in young children. Read More
When your parents and teachers told you to sit up straight as a child, they were probably thinking of the health of your back. And, of course, it also helped you look attentive in class! But sitting up straight for dental health? That probably sounds a bit strange—but it's true. Proper posture is important because your entire skeleton is connected. That might appear obvious, but it also means that things that affect one part of your body will also affect other connected parts. Read More 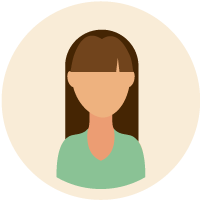